Director of Spatial Structures in the Social Sciences (S4) 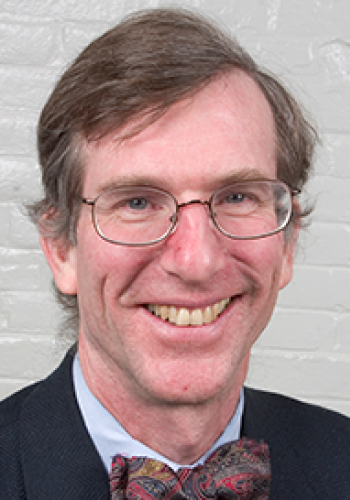 Michael White joined the PSTC and Brown in 1989. He was director of the PSTC from 2006-2011. White directs the initiative in Spatial Structures in the Social Sciences (S4). He also holds a position as Honorary Professor at the University of the Witwatersrand, South Africa.

White has served on the Board of Directors of the Population Association of America and on the scientific panels and advisory committees for a number of organizations, including the National Institutes of Health, the International Union for the Scientific Study of Population, the U.S. National Academies, and the INDEPTH network of demographic surveillance centers. He currently serves on the Scientific Advisory Board of the Asian Demographic Research Institute (ADRI) based in Shanghai.

White's areas of interest span demography and urban sociology with a particular interest in topics pertinent to public policy. Much of his research is unified by a concern for population distribution and migration: processes of movement, settlement, and adjustment. He has held a series of external grant awards from NIH, NSF, and private foundations. His current research project,  “Migration, urbanization, and health in a transition setting,” is supported by an R01 award from the Eunice Shriver National Institute of Child Health and Human Development at NIH. This project examines the health and socioeconomic outcomes associated with migration and urbanization in South Africa.

White's other current projects include studies of the assimilation of the second generation in the U.S.; studies of the social consequences of rural-urban migration in China; and the measurement of spatial inequality in developing countries. White has conducted research in a variety of international settings, including China, Ethiopia, Ghana, Italy, Kenya, South Africa, and Vietnam.