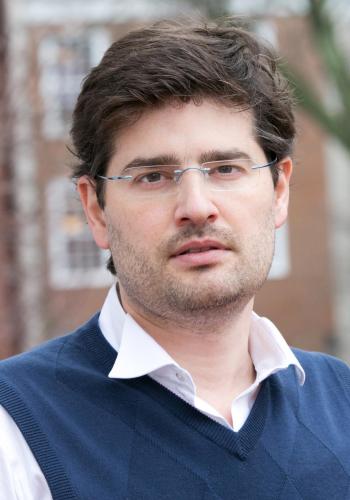 Stelios Michalopoulos joined Brown University and the PSTC in 2012. His research examines the historical origins of comparative development focusing on ethnic, linguistic, and religious groups. Michalopoulos creates unconventional empirical strategies exploiting historical natural experiments along with historical, anthropological, and linguistic sources, as well as novel measures of economic activity to conduct rigorous empirical analyses on the determinants of economic performance across as well as within groups.

Michalopoulos's research lies in the intersection of growth, political economy, and development. First, he explores the roots of ethnic and religious groups with a focus on Islam as well as the role of ethnic inequality for understanding comparative development. Second, he focuses on Africa and debates the importance of nationwide institutions and pre-colonial ethnic traits for subnational African development and sheds light on the legacy of the Scramble for Africa for groups partitioned by the colonial borders. Third, in attempt to reconstruct historical cultural and societal traits across societies, he explores the collection of traditional beliefs, customs, and stories of a community, passed through the generations by word of mouth (folklore). Fourth, he is currently investigating the consequences of demining activities looking across mine and UXO-contaminated regions of the world with a focus on Mozambique and Cambodia. Finally, he is exploring the effect of large-scale population movements on the economic and political development for both the natives and the refugees with a focus on the 1923 compulsory population exchange between Greece and Turkey.