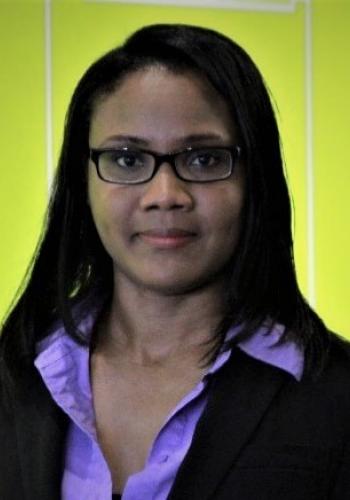 Terry-Ann Craigie is an Associate Professor of Economics at Smith College and Economics Fellow at the Brennan Center for Justice at New York University School of Law.  Prior to joining the Data Science Initiative and the PSTC as a visiting faculty, she was a visiting fellow at the Urban Institute, visiting scholar at the University of Michigan and the University of Wisconsin-Madison, and a postdoctoral research associate at Princeton University. She was also selected as a Self-Sufficiency Research Clearinghouse (SSRC) Emerging Scholar in 2013.

Craigie is an economist with interdisciplinary interests in mass incarceration, criminal justice reform, race and gender discrimination, family formation, and child wellbeing. Much of her research examines social and economic inequities facing vulnerable populations as a whole. However, her current projects focus on collateral consequences facing the U.S. correctional population and criminal justice reform. Craigie has published in journals such as Oxford Development Studies, Eastern Economic Journal, Review of Black Political Economy, Families, Relationships & Societies, The Future of Children, and Journal of Ethnicity in Criminal Justice. Her research has been supported by the Annie E. Casey Foundation and she has presented at numerous national conferences and research seminars, including The White House.